A Woman is married for four reasons... 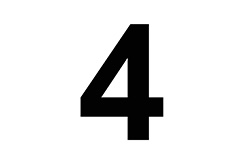 Yahya ibn Yayha an Naysaboori said: I was with Sufyan ibn ‘Uyaynah when a man approached him and said: "O Abu Muhammad, I came to complain to you about my wife, I am the most lowly and disliked of things to her."

Sufyan remained silent for a while then said: "It may be that you were only interested in her to increase yourself in honor."

He then told him a story, he said: "We were four brothers; Muhammad, ‘Imran, Ibraheem and me. Muhammad was the oldest, ‘Imran was the youngest and I was in between.

When Muhammad wanted to get married, he was interested in lineage, so he married a woman of better lineage than him, so Allah tested him with lowliness.

‘Imran was interested in wealth, so he married a woman who was wealthier than him, so Allah tested him with poverty. They took his wealth and didn’t give him anything.

So I pondered over their affair. Ma’mar ibn Rashid traveled to us so I spoke to him about the affair and told him of their story. He reminded me of the Ahadeeth that ‘A-isha and Yahya ibn Ja’dah narrated.

As for Ja’dah’s Hadeeth; the Prophet (may the Peace and Blessings of Allah be upon him) said: "A woman is married for four reasons: righteousness, lineage, wealth and beauty. Marry the one with righteousness and you will be successful."

‘A-isha’s Hadeeth is as follows; the Prophet (may the Peace and Blessings of Allah be upon him) said: "The woman with the greatest blessing is the one with the least Mahr (dowry)"

So I chose righteousness and a small dowry, following the Sunnah of the Messenger (may the Peace and Blessings of Allah be upon him) so Allah combined honor, wealth and righteousness for me [in my wife].”

From this story we learn about some of the benefits of marrying a righteous woman and also marrying for the right reasons. If your intention to marry is purely for the sake of Allah so that you can help keep yourself on the correct path, then Allah will bless your marriage, as the Prophet Muhammad (May the Peace and Blessings of Allah be upon him) said: "The reward of deeds depends upon the intentions and every person will get the reward according to what he has intended. So whoever emigrated for worldly benefits or for a woman to marry, his emigration was for what he emigrated for." [Sahih al Bukhari 1:1]
Modern Non-Fiction Fiction Allah Patience Wealth Money Historical Classic Death Life Children Sin Repentance Regret Strength Debt Pain Niqab Hijab Grave Afterlife