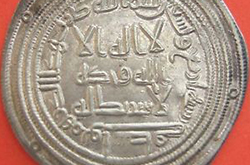 From this story we learn that charity is a method of purification for our souls and wealth and a remedy for our sickness. We also learn how concerned and worried the Muslims of the past were about their deeds being accepted from Allah, these days we do deeds and think it's automatically accepted, we should strive to do more deeds and to ask Allah to accept them as well.
Modern Non-Fiction Fiction Allah Patience Wealth Money Historical Classic Death Life Children Sin Repentance Regret Strength Debt Pain Niqab Hijab Grave Afterlife