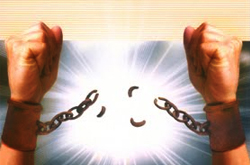 Suhail bin ‘Amr, Harith bin Hisham, Abu Sufyan bin Ḥarb and other leaders and chiefs of the Quraish were awaiting at the door of ‘Umar ibn Khaṭab (may Allah be pleased with them all). Also waiting were Suhaib, Bilal, and other freed slaves (may Allah be pleased with them all) who participated with the muslims in the Battle of Badr.
Permission was given to the freed slaves to enter, but not to Suhail and his companions. Abu Sufyan said, "I have never seen a day where slaves such as these have been allowed to enter while we have been left at the door, and ‘Umar has not even turned to see us."

Harith bin Hisham replied, "By Allah, Suhail has spoken the truth. Allah (the Exalted) does not equate the slave who hastens to Him with the slave who tarries."

This story reminds us of the narration of the Prophet Muhammad (May the Peace and Blessings of Allah be upon him) in which he said: "‎An Arab has no superiority over a non-Arab nor a non-Arab has any superiority over an Arab; a white has no superiority over black nor a black has any superiority over white except by piety and good action. Learn that every Muslim is a brother to every Muslim and that the Muslims constitute one brotherhood." No Muslim has superiority over another Muslim except by piety and good actions. In the story we see some of the leaders of the Quraish, who were the highest in society, shocked as they are being made to wait while those who were the lowest of society are given favour to enter the house first, due to their piety and hastiness to enter into Islam before them.
Modern Non-Fiction Fiction Allah Patience Wealth Money Historical Classic Death Life Children Sin Repentance Regret Strength Debt Pain Niqab Hijab Grave Afterlife