The Generosity Of Abdullah ibn Jud‘an 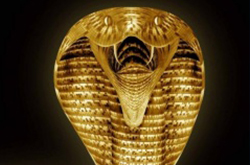 ‘Abdullah ibn Jud‘an, the first cousin of Abu Bakr Aṣ-Ṣiddeeq's father. in the early years of his life, ‘Abdullah ibn Jud‘an was neither successful nor happy. In fact, growing up hungry and poor, he soon became embittered by life. For solace or perhaps out of spite, he turned to evil and committed many crimes. He was caught so often for his evil acts that he was considered by most to be an obstinate criminal. People thought that he was evil incarnate and that there was no way that he could ever improve. Everyone hated him, including his fellow clansmen, his family, and even his own father; and he returned that hatred in an equal or greater vehemence.

One day, as he was walking in the valleys of Makkah, regrettably thinking about his bitter existence, he noticed a small opening in a mountain, perhaps an entrance to a cave. He thought that there might be something harmful inside, perhaps a venomous snake. That feeling did not stop him from approaching; instead, it encouraged him to go to it, for his situation was so hopeless, that he actually wanted to be killed so that the could leave his miserable existence.

When he came near to the mouth of the cave, he saw a lean shape inside, and through the darkness, he perceived it to be a snake in an erect position, the position most favoured by a venomous snake when it is ready to strike. Overcome by madness, ‘Abdullah ibn Jud‘an was terrified, and suddenly realised that he did not really want to die. He imagined that the snake was coming at him, and so he jumped wildly, trying to fend off a lethal bite.

After a short while, he calmed down, realizing that it was only him that was moving and that the snake was actually in a still position. And when he came nearer, he realised that it was only a statue of a snake, which was made of gold and had two eyes made of precious emeralds. He broke the emeralds off and took them. He then entered deeper into the cave, and from the writings he saw around him, he realised that the cave was a graveyard for the kings of the Jurhum tribe. At the head of each grave was a gravestone made of gold; on it was written a short history of the king who was buried underneath. Surrounding the graves were treasures of gold, silver, pearls, precious stones, and much more. ‘Abdullah ibn Jud‘an picked up a few small treasures, he made a sign outside the cave so that he could find it again, and then he returned to his people.

He was generous with his new found wealth, giving to family, friends, and to the needy. He was especially generous in gathering people together and serving them food. As time went on, he gained status in society until he became one of the leaders of the tribe of Quraish. Whenever he ran out of funds, he would return to the cave and take some more. His generosity extended even beyond the boundaries of Makkah. Once when the people of Ash-Sham were suffering hard times, ‘Abdullah ibn Jud‘an sent 200 camels to them, loading each one with wheat, oil, and other provisions.

Every night, someone stood on the roof of the Ka‘bah and called out, "Come to the bowls (filled with food) of ‘Abdullah ibn Jud‘an."

This story highlights an important point for us to reflect over, which is that a persons good deeds will not help his situation in the slightest on the day of judgement if they did not believe in Allah and if they did not ask for forgiveness. Muslims are often asked by non Muslims, how can someone who has done a lot of good in the world go to Hell just because he didn't believe in Allah? The answer is that everyone and everything has a right over us, whether that is your Mother or Father who have a right to your respect and good treatment, or the Qur'an which has a right over you to be read and acted upon, all the way to animals which have a right over us that we treat them properly. After considering the huge rights of all of these people upon us, we must wonder, who has the greatest right?, and of course it is Allah who has the greatest right over us, that we believe in Him and worship Him alone. So in answer to the non-Muslims question, a person may fulfil the rights of everyone around him, but if they have missed the greatest right of all which is Allah's right then they are deserving of the Hell-Fire. Even though Ibn Jud'an's generosity and goodness was vast it will not benefit him as he didn't believe in Allah. As Allah says in the Qur'an: "And We shall turn to whatever deeds they (disbelievers, polytheists, sinners, etc.) did, and We shall make such deeds as scattered floating particles of dust." [Surah al-Furqan 25:23]
Modern Non-Fiction Fiction Allah Patience Wealth Money Historical Classic Death Life Children Sin Repentance Regret Strength Debt Pain Niqab Hijab Grave Afterlife