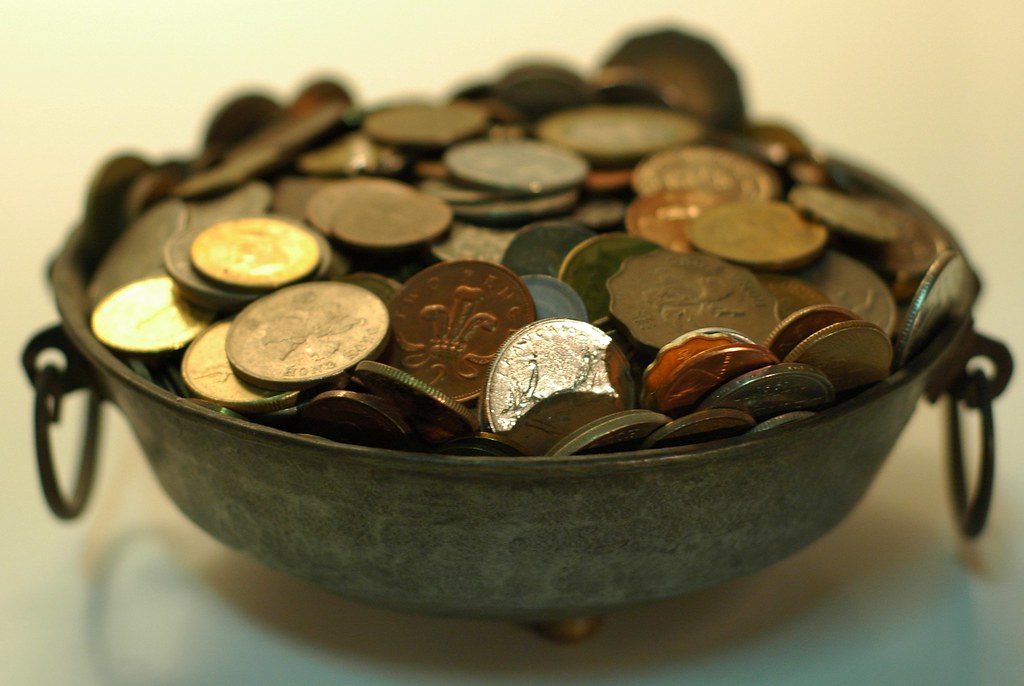 Narrated Abu Huraira: The Prophet (may the peace and blessings of Allah be upon him) said:

A man from the children of Israel asked another to lend him one thousand Dinars. The second man required witnesses. The former replied:

"Allah is sufficient as a witness."
The second said: "I want a surety."

The former replied: "Allah is sufficient as a surety."

The second said: "You are right," and he lent him the money for a certain period.

The borrower went across the sea. When he finished his job, he searched for a conveyance so that he might reach in time for the repayment of the debt, but he could not find any. So, he took a piece of wood and made a hole in it, inserted in it one thousand Dinars and a letter to the lender and then sealed the hole tightly.

He then took the piece of wood to the sea and said: "O Allah! You know well that I took a loan of one thousand Dinars from so-and-so. He demanded a surety from me but I told him that Allah‘s Guarantee was sufficient and he accepted Your guarantee. He then asked for a witness and I told him that Allah was sufficient as a Witness, and he accepted You as a Witness. No doubt, I tried hard to find a conveyance so that I could pay his money but could not find, so I hand over this money to You." Saying that, he threw the piece of wood into the sea till it went out far into it, and then he walked away from the scene.

Meanwhile he started searching for a means of transport in order to reach the creditor's country. One day the lender came out of his house to see whether a ship had arrived bringing his money, and all of a sudden he saw the piece of wood in which his money had been deposited. He took it home to use for fire. When he sawed it, he found his money and the letter inside it. Shortly after that, the borrower came bringing one thousand Dinars to him and said:

"By Allah, I had been trying hard to get a boat so that I could bring you your money, but failed to get one before the one I have come by"

The lender asked: "Have you sent something to me?"

The debtor replied: "I have told you I could not get a boat other than the one I have come by."

The lender said: "Allah has delivered on your behalf the money you sent in the piece of wood. So, you may keep your one thousand Dinars and depart guided on the right path."

The hadith tells us a story which teaches us an important principle within Islam, which is reliance upon Allah. In the story the borrower asked the lender to have trust in Allah and to take Allah as a witness instead of a human being, and with the help of Allah in conjunction with his faith and actions he is able to pay back the lender. We must remember that along with reliance on Allah we must also do the actions necessary, for example we rely on Allah for our sustenance and living, however we do not sit and wait for money and provision to fall from the sky, rather we go out and work for it and leave the rest to Allah. This is in accordance with the hadith of the Prophet Muhammad (May the Peace and Blessings of Allah be upon him) where he said: One day the Prophet Muhammad (May the Peace and Blessings of Allah be upon him) noticed a Bedouin leaving his camel without tying it and he asked the Bedouin, “Why don’t you tie down your camel?” The Bedouin answered, “I put my trust in Allah.” The Prophet then said, “Tie your camel first, then put your trust in Allah” (At-Tirmidhi).
Modern Non-Fiction Fiction Allah Patience Wealth Money Historical Classic Death Life Children Sin Repentance Regret Strength Debt Pain Niqab Hijab Grave Afterlife