May Allah Not Prevent You From Hajj Every Year 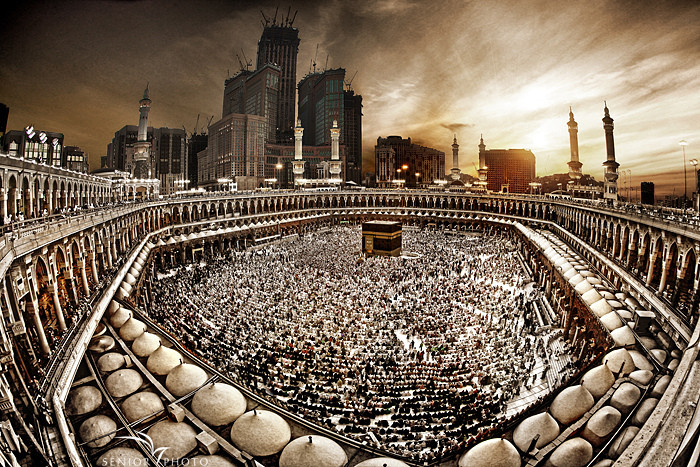 I know of a man from Egypt who performed Hajj 32 years ago in his youth. He, at the time, was riding in a nine-passenger vehicle. In the front seats were a husband and wife.

Behind them was a woman very old in age who, due to the congestion inside, was in an uncomfortable position, and her age and body's condition didn't help the situation any better.

So, the man who I know tried to convince the man in the front to switch seats with the old woman so that she could up front.
He refused, but this man kept on pushing him to do it until he finally accepted. The husband ended up going to the back seat and the old
woman was able to sit up front. When the old woman felt relaxed and was able to extend her legs she said to this man, in her local dialect, what means, "May Allah not prevent you from Hajj every year."

This man has performed Hajj until now, and I know him for 32 years. 32 pilgrimages since she supplicated for him that year! Sometimes a new year comes and the time of Hajj approaches, but he doesn't have the money or even the intention to perform it. Yet, without any notice, he's led to perform Hajj by the blessing of that woman's supplication.

What we learn from this story is that you can never truly know the extent of the benefit of a good deed that you do. As we know from ahadeeth, one good deed leads to another, yet we forget that fact many times and are stubborn to perform it. The man mentioned in the story is a clear example of this happening, yet the benefits of his one good deed carried on and kept growing due to the dua made by the old woman for him. Another benefit from this that we learn is the power of Dua, this man has been able to perform Hajj constantly regardless of circumstances by the permission of Allah.
Modern Non-Fiction Fiction Allah Patience Wealth Money Historical Classic Death Life Children Sin Repentance Regret Strength Debt Pain Niqab Hijab Grave Afterlife