A Tongue that Remains Moist With the Remembrance of Allah 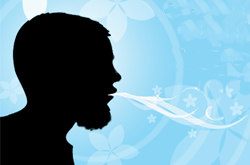 When a Bedouin was passing through a mountain pass, he came across an old man who was blind and who seemed to be afflicted with various ailments all over his body. It was clear that he was wasting away. He was paralysed and was constantly forced to remain in a seated position. The Bedouin could clearly hear him say, "Praise be to Allah who had saved me from what He had afflicted many among His creation; and for honouring me over many of his creations!"

"My brother!" exclaimed the Bedouin."What have you been saved from? By Allah, I think that you have been afflicted with every single kind of ailment!"

These words of the old man were enough for the Bedouin to repent to Allah for his sins and ask Him for forgiveness.

From this story we learn that we should be thankful no matter what situation we're in, this is in accordance with the verse "...and if you count the Blessings of Allah, never will you be able to count them. Indeed, mankind is most unjust and ungrateful." - Qur'an Surah Ibraheem 14:34, and with the hadith of the Prophet Muhammad (May the Peace and Blessings of Allah be upon him) in which he used to say "All praise and thanks are only for Allah in all circumstances." [Ibn Maajah]
Modern Non-Fiction Fiction Allah Patience Wealth Money Historical Classic Death Life Children Sin Repentance Regret Strength Debt Pain Niqab Hijab Grave Afterlife