The Lingering Pain Of Sinning 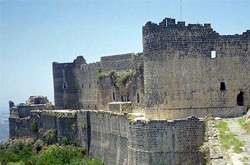 During the caliphate of ‘Umar ibn Al-Khattaab, Sa‘eed ibn ‘Aamir was the governor of Hims, a city in Ash-Shaam. When ‘Umar visited Ḥimṣ to see how things were going there, he was met by a large group of people who began to complain to him about Sa‘eed.

They found fault with him in four matters. First, they said, he would not come out to them until mid-morning. Second, he would refuse to answer any caller during the night. Third, once a month, he would stay away from the people. And fourth, once in a while, Sa‘eed would faint and lose consciousness for no apparent reason.

The Commander of Faithful asked Sa‘eed to respond to their complaints.

In regard to the first complaint, Sa‘eed explained that he had no servant and that, every morning, he had to crush his own wheat in order to make bread. As soon as he would finish making his bread, he said, he would then go out to serve the people.

As for not answering any callers during the night, he said that he dedicated his days to serving the people and his nights to worshipping Allah.

As for not going out to the people once a month, he explained that he had only one garment and that he washed it once a month and had to then wait until it dried.

As for passing out every so often, Sa‘eed gave this explanation: "When I was a polytheist, I witnessed the brutal execution of Habib al-Ansaari in Makkah. I saw how Quraish cut up his flesh little by little. They said to Habib, 'Do you now want Muhammad to take your place?' He said, 'By Allah, I would not want to be safe with myself, my family and my children if Muhammad were even to be pricked by a thorn.' Every time I remember that day and how I refrained from helping Habib- for I was a polytheist and did not believe in Allah, the All-Mighty- I begin to think that Allah, the Possessor of Might and Majesty, will never forgive me. It is then that I faint, O Leader of the Faithful."

From this story we learn that often people do actions which don't always have an obvious reason behind them and that everyone's circumstances are different. We also learn some of the characteristics that righteous rulers in the past had i.e making their own food, living a simple life, attending to the peoples needs, dedicating portions of their time for Allah alone and regretting past sins.
Modern Non-Fiction Fiction Allah Patience Wealth Money Historical Classic Death Life Children Sin Repentance Regret Strength Debt Pain Niqab Hijab Grave Afterlife