The Generosity of the Poor 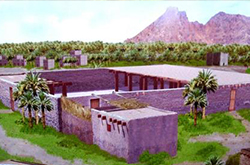 ‛Abdullah, the nephew of Muslim bin Sa‛d said, "I wanted to make Hajj and before I left, my uncle gave me 10,000 dirhams saying, 'When you arrive at Al-Madinah, give this to the poorest household that you find over there.'"

When I arrived at my destination, I asked the people to point me to the poorest house. I was led to a certain house and when I knocked on the door, a woman opened it and said, "Who are you?" I said, "I am a man from Baghdad and I was given 10,000 dirhams which I have to give to the inhabitants of the poorest house in Al-Madinah. You have been described as such, thus take it." She said, "O ‛Abdullah, the one who gave you the money stipulated that it should be the poorest household and those who live in our neighbour are poorer than us." I left her and went to the house that she pointed out to me and when I knocked on the door a woman opened it and I said to her the same words that I said to the previous woman. She said, "O ‛Abdullah, we and our neighbours are at the same level of poverty, so divide the money between us and them."

This story shows us the generosity of the people of the past, that even when they were in dire need themselves, they would look to help others.
Modern Non-Fiction Fiction Allah Patience Wealth Money Historical Classic Death Life Children Sin Repentance Regret Strength Debt Pain Niqab Hijab Grave Afterlife